Living with Style, The Newport Diary

Everyone loves a sneak peek at private homes, especially if they’ve never before been opened to the public. St. Michael’s Country Day School has been presenting the Neighborhoods of Newport House Tour since 1995. This year’s will be held one day only, rain or shine, on Sunday, April 24th from 10:00 am until 4:00 pm. And you can also catch Newport’s “Daffodil Days,” which occur April 16th to the 25th.

Past House Tours have featured more than 55 of Newport’s most impressive private homes, to include, Oakwood, as featured in my recent book, Living Newport: Houses, People, Style. I was honored to be invited to sign my book at one of theTour homes that Sunday the 24th from 1:00 pm to 4:00 pm.

Looking forward to seeing you there, but for now enjoy the Romantic Oakwood chapter from my book…

“What are we doing for our 25th anniversary?” Nina Taselaar asked each week. “Don’t worry, I’ll take care of it,” Pieter would answer. But of course she worried; she was the one in the family who was always responsible for planning, organizing, arranging, following up, troubleshooting, anticipating.

Finally, August 22 arrived. Like so many late afternoons in the summer, Nina met Pieter and his crew down at the Bannister’s Wharf dock for a cocktail cruise, with some token cheese and crackers as hors d’oeuvres. Not very auspicious for a big anniversary. Then, instead of continuing on for dinner at the Clarke Cooke House, Newport’s nightlife headquarters, Pieter suggested a ride in a pedicab (a pedicab? thought Nina), which just happened to be waiting on the dock.

As they turned off America’s Cup Avenue onto Lower Thames Street, he announced that he was taking her to her “favorite place” (Mamma Luisa’s restaurant? Nina wondered). But the almost one mile ride in the pedicab ended not at a restaurant, but at the gates to their own home, Oakwood.

However, the scene that greeted them on the lawn was not a crowd of friends cheering “surprise,” but a small table elegantly set for two, under the spreading branches of a grand beech, hung with lanterns. Awaiting them was special china, glowing candles, caviar and a bottle of the rare wine that they’d enjoyed in Tuscany twenty-five years earlier, its label inscribed with a love message.

Nina burst into tears, overwhelmed with so many thoughts — the romance of it all, that he actually did remember their anniversary, the precision of his planning and details, of gratitude. Both were moved by the intimacy that they were sharing. Just the two of them, not the larger numbers that they usually had for gatherings when they were not out at one of the many parties given nightly during the Newport Season. As Nina opined, “we don’t usually take the time to reflect on all he’s done for me, and I for him.”

The fact that Pieter’s plan for this 25th anniversary evening was, “I’m going to take you to your favorite place,” is a telling statement of how the Taselaars feel about Oakwood. It has led as charmed a life as the current owners; built in 1854 as a wedding gift  for the William Backhouse Astor’s daughter, Mary Alida , it was one of the earliest estates in the soon-to-become Bellevue Avenue residential area.

The two previous owners, though only at Oakwood for a total of twelve years, reimagined this grande dame and brought her décor very tastefully into the twenty-first century. Many details delight in this house, but I will choose to single out one exceptional decorative element added to the dining room, circa 1910…

…the fifty-four hand painted Chinese silk panels. As you dine, you can admire, unfolding round the walls, the elaborate details of everyday life in a Chinese village.

The house glows with sunlight in every room, while many French doors insure that Newport’s famous breezes provide welcome cross ventilation. Fabrics, rugs and draperies are in joy-filled shades that add “oomph” to the pleasures of walking throughout the rooms.

But this was the last of many homes the Taselaars toured, realtors assuming that the family wanted to be on the water. As a serious sailor, Pieter (who is from Rotterdam, the Netherlands, and won the World Championship in the Melges 32 class in 2010 ) spends a considerable amount of time on the ocean.

Oakwood’s six acres boasted superlative amenities that were both welcoming and comforting when one returns from a grueling day at the helm of a racing sailboat  — a Wimbledon-standard lawn tennis court, mosaic swimming pool, six-hole PGA-standard putting green and a woodland trail that circles the grounds. Add to that an expansive screened verandah and conservatory that brings the lush outdoors inside, while the roof terrace allows viewing the grounds from a different perspective.

Oakwood possesses another feature that caught Pieter’s attention — the third floor, with its many bedrooms, plus a full kitchen, it is a perfect dormitory for the eight-man crew that supports Pieter’s race schedule.

While it was racing that first brought the Taselaars to Newport, it is the house and Newport that keeps bringing them back throughout the year. Given their careers (Pieter is a hedge-fund manager, Nina is a family therapist) the Taselaars represent the future lifeblood of this small City by the Sea. Thanks to today’s technology, being connected to our global world while enjoying a charmed quality of life is no longer a dream but a reality.

The Newport House Tour is pleased to present an afternoon with Bettie Bearden Pardee. 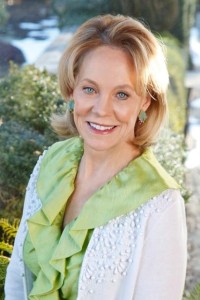 From 1:00 to 4:00 p.m. during the House Tour, all attendees will have an opportunity to meet internationally acclaimed author Bettie Bearden Pardee and purchase her latest book: Living Newport: Houses, People, Style.

This book signing event will be included with your ticket price as part of the tour. 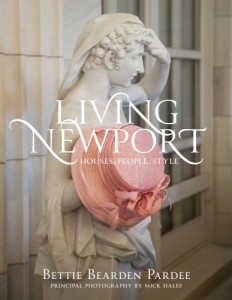 All attendees are invited to attend the Daffodillion Days Garden Party at Bellevue House from 3:30 to 5:30.  $5 donation requested.  www.daffodillion.com

The Orangerie (a surprise Christmas gift from my ...

A new take on garden “follies” is taking ...

The star of the summer season at Parterre is the ...

A stunner from architects ...